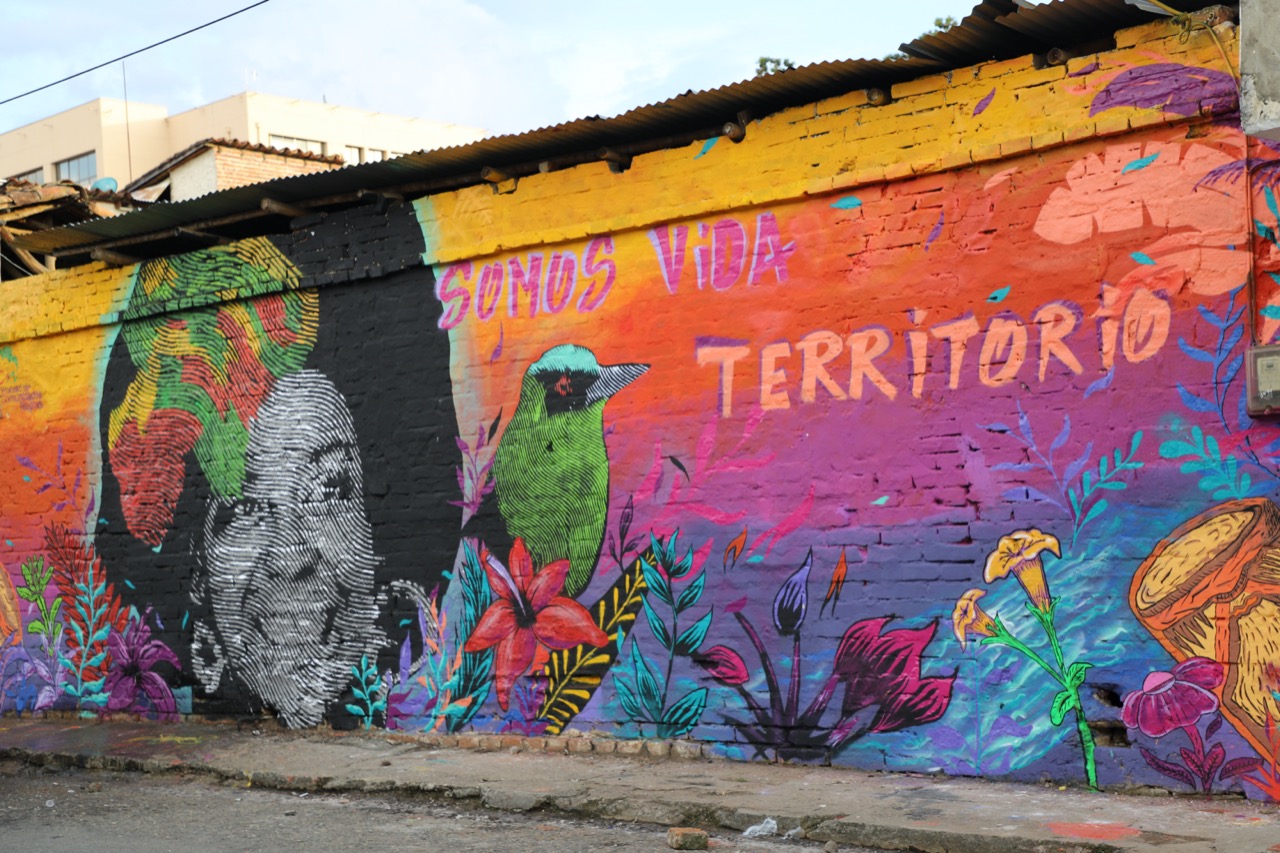 The Ethnic Peoples – Global Network project is a joint effort between the Ethnic Commission for Peace and Defense of Territorial Rights and the National Afro-Colombian Peace Council (or CONPA, using the Spanish acronym). It is an ongoing effort related to the development and implementation of the Ethnic Chapter of the Colombian Peace Accords, signed in 2016. The Global Network emerged from the collective insights and efforts of multiple sectors and countries, with members working towards increasing the global visibility of the Ethnic Chapter, its implementation, and accompanying work.

The Global Network includes members from  Canada, Colombia, and across the world. Its diverse members represent 12 universities, three research institutes, 12 Indigenous and Afro-descendant grassroots member organizations of the National Ethnic Commission for Peace and Defense of Territorial Rights, CONPA, and Consultoría para los Derechos Humanos y el Desplazamiento (CODHES), Instituto de Estudios Para el Desarollo y la Paz (INDEPAZ), the Observatory for Ethnic and Rural Territories (OTEC) of the Universidad Javeriana, and other human rights and civil society groups.  Collectively, the Global Network carries out research, advocacy, and network building in support of its objective to ensure the effective implementation of the Ethnic Chapter of the Colombian Peace Accords.

The Global Network is funded by Canadian unions and the Social Sciences and Humanities Research Council – Connections Grant program. Partners have been brought together.

Important to note is the diverse perspectives that are embedded in the Ethnic Chapter, which recognizes the special character of Indigenous and Afro-descendant people within history, and within the Colombian Constitution of 1991. In the realm of international peace accords, the inclusion of visions of life, future, and society are groundbreaking. –   These visions may include: approaches to women, gender, family, and generation; territorial, cultural and political rights; interpretations of justice based on Indigenous and Afro-Colombian conceptions of land and life; and other core areas.

The role and responsibility of global actors in ensuring meaningful and lasting peace is of concern to many global activists, academics, and others following the effective implementation of the peace accords and the Ethnic Chapter.

To continue to develop this project we will be engaging new, emerging and established academics, leaders, advocates, allies and activists, to create international networks and facilitate the exchange of knowledge related to the Ethnic Chapter of the 2016 Colombian peace accords, currently in its implementation phase.

This multi-sectoral and inter-disciplinary initiative builds on efforts of many of the affiliates involved in Colombia-related solidarity, advocacy and academic work over the past few years, especially since the signing of the 2016 peace accord. It initiated formally with a May 28 virtual panel event that highlighted issues facing Ethnic Peoples in the context of the pandemic. We are hoping to have regular virtual meetings to touch on proposed topics such as; a series of virtual forum activities and meetings arising from the efforts of participants in the thematic working groups. An effective advocacy plan or strategies on core issues such as the Humanitarian Accord Now campaign and the protection for leaders under threat   A policy brief related to the state of the Ethnic Chapter that contemplates international considerations, as well as a collection of academic articles on this same topic.

We have been able to establish five thematic working groups that work on specific issues related to the implementation of The Ethnic Chapter.